This is the video of an original composition I performed this past January for the Composers Society of Montgomery County.  It’s title, “The Two Minutes Hate” is from George Orwell’s novel, 1984.

I’ve expanded on the piece since then. “The Two Minutes Hate” is a rhythmic/harmonic sketch, a way of improvising that combines elements of New Jazz and Modern Chamber Music.

I’ve been an ardent fan of Orwell for over 25 years, and that certainly has influenced what I’m able to perceive with regard to our modern society, especially the way political parties control our thoughts by creating enemies to fear and hate.
The thing is, we often tend to not question the assumptions and opinions we hear daily, and obediently accept them as being genuine fact.

"The masses, it seems, have vague aspirations towards liberty and human brotherhood, which are easily played upon by power-hungry individuals or minorities. So that history consists of a series of swindles, in which the masses are first lured into revolt by the promise of Utopia, and then, when they have done their job, enslaved over again by new masters." ― George Orwell 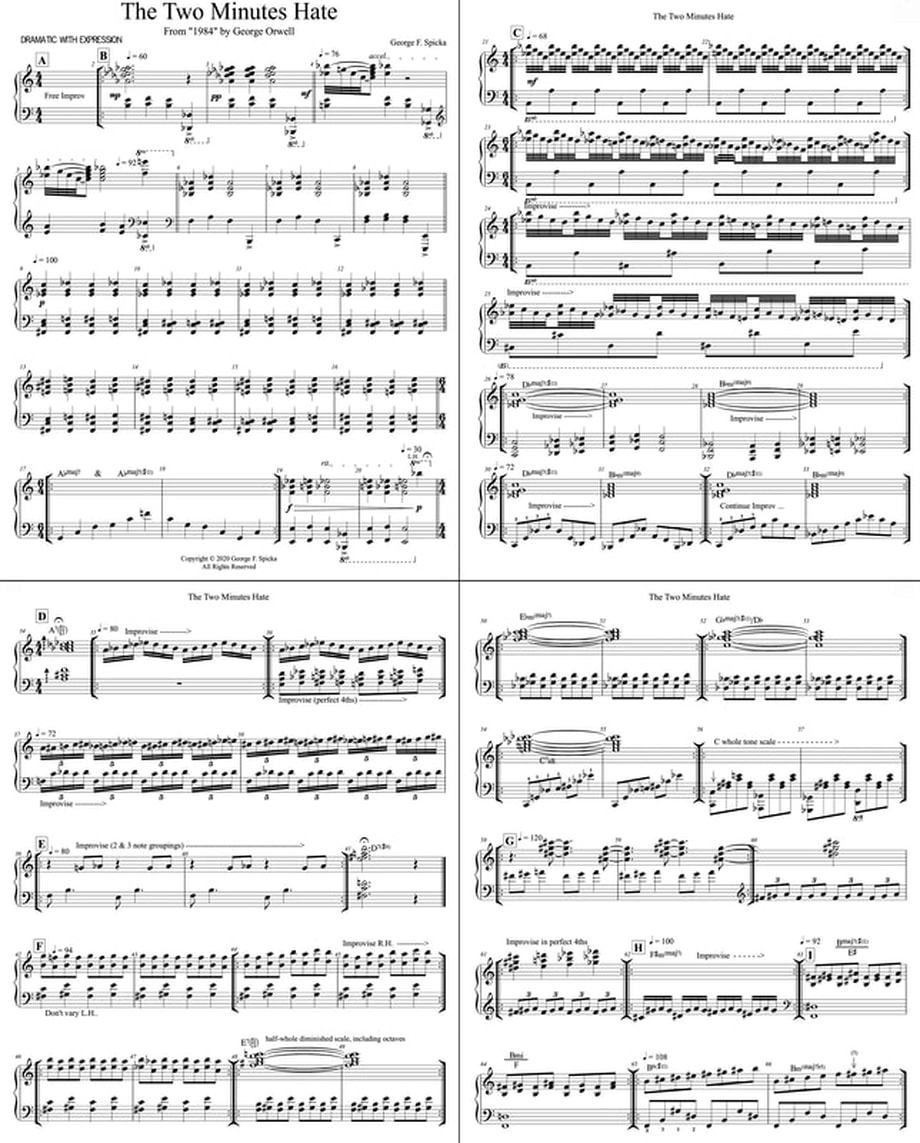